There are several beta versions of Hover! distributed on Windows 95 beta builds.

A more detailed description of the beta/prototype versions of Hover! can be found here: tcrf.net/Proto:Hover!_(1995).

This is one of the first beta versions I found on the available ISO images. The folder contains a readme file from the developers describing that Hover! is a beta version and they have issues with the framerate and glitching through walls while jumping. Also the game itselfe contains some useful debugging tools (map view with beacons, setting the position, ...) which helps testing the gameplay. 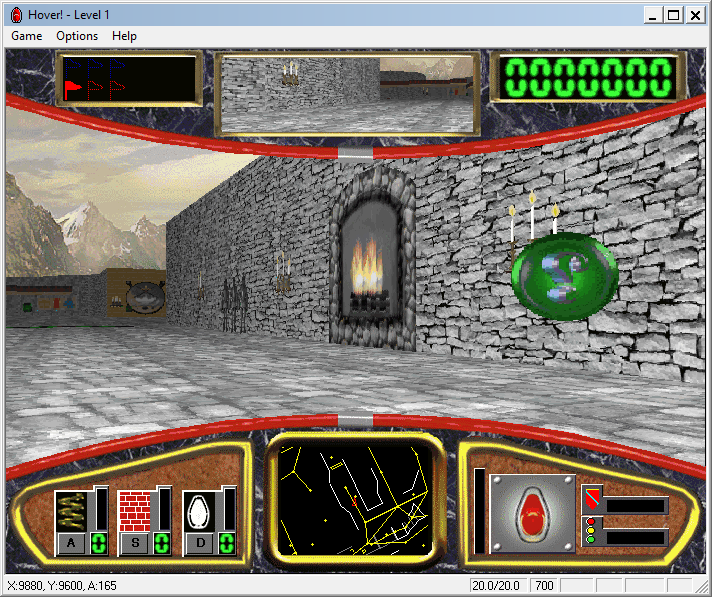 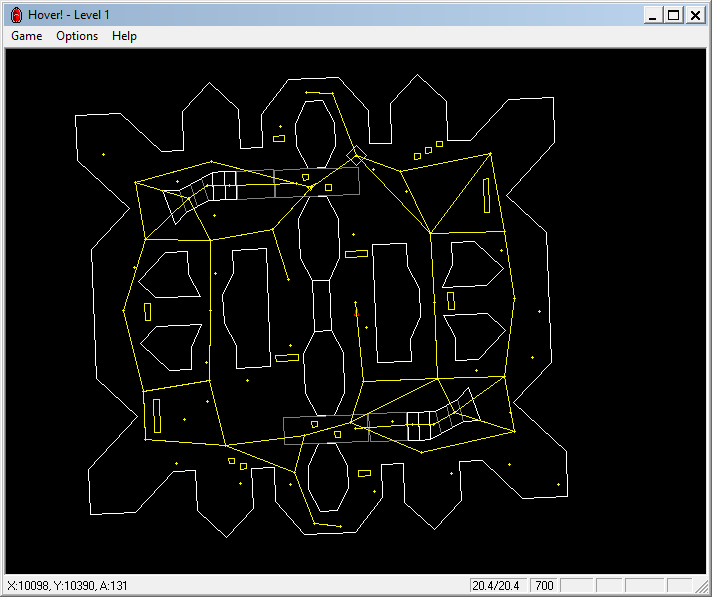 Pressing ctrl+p shows this dialog. You can enter a new position and angle of your car and teleport to any position you like. There is no option to set the z position.

Outside of the castle walls. If you drive into the void the level repeats or Hover! crashes. 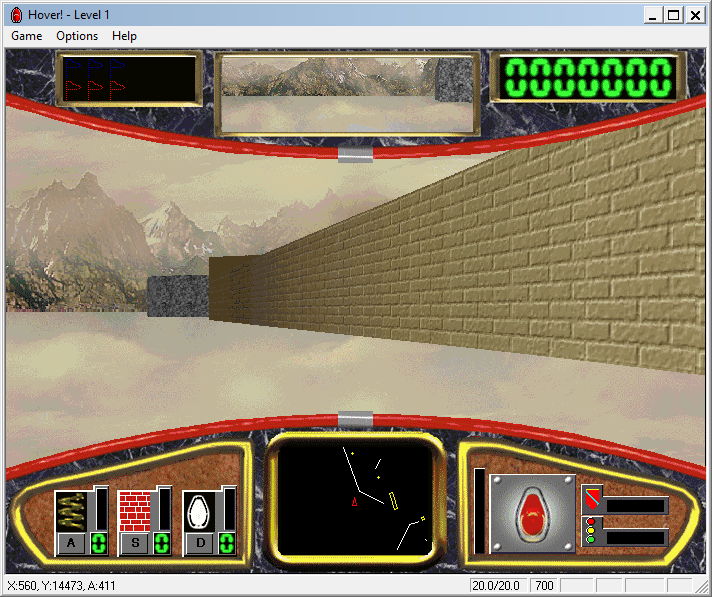 The generation of the binary space partition has some issues with floor sections. They have been fixed in the later versions. 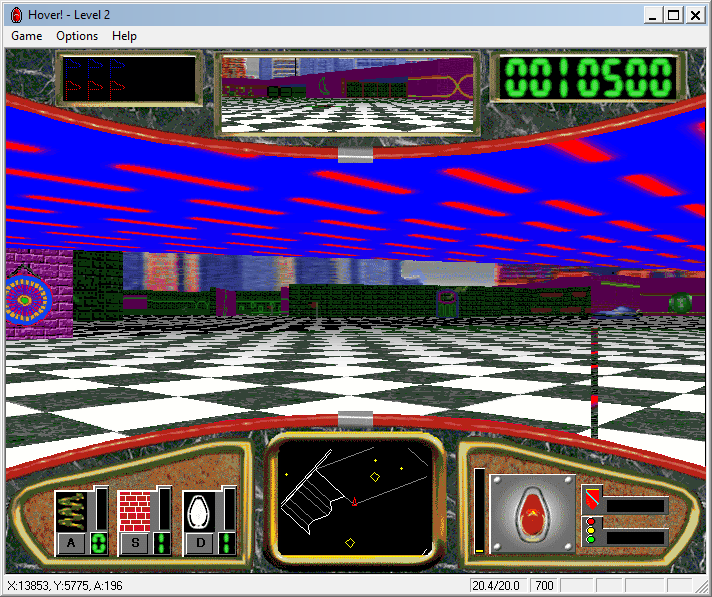 Small.maz loaded into the final release version. It contains only 6 walls with 3 different textures. In later versions decals and developer images are added and a wall behind the car to prevent showing the developer images in the rear view. In this version the color palette is correct for the mini-map. In the final version the background color is cyan. 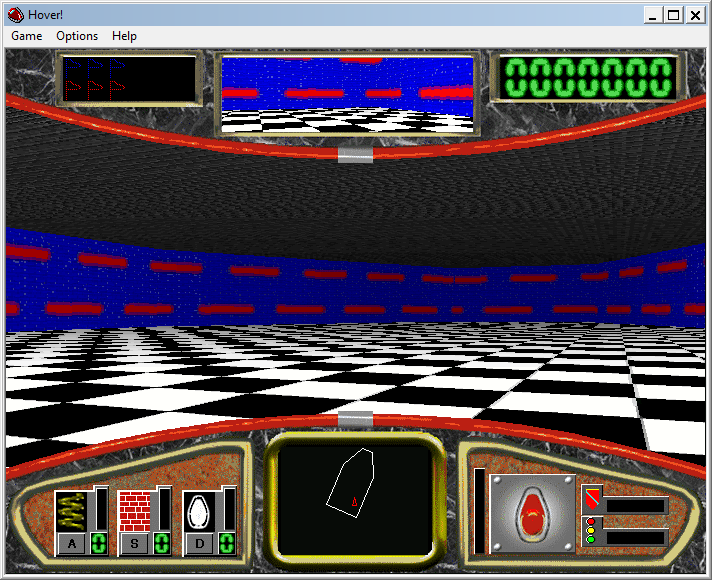 Looking at the changes of small.maz, the decals and the wall behind the player has been added. 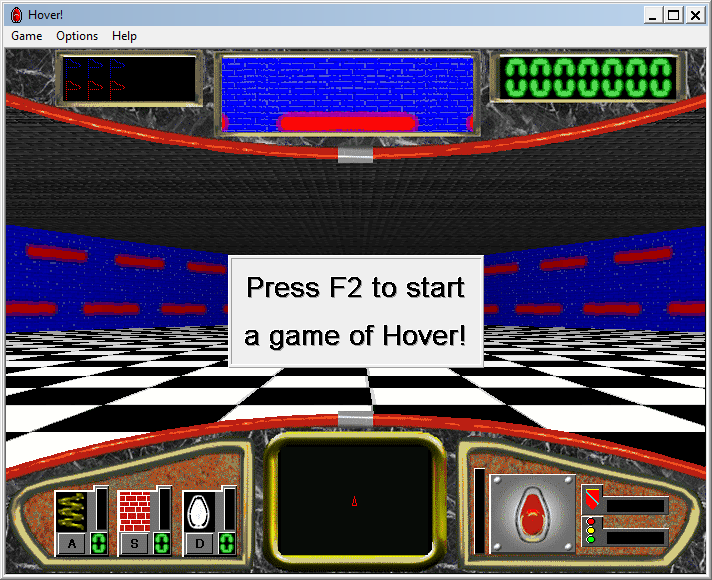 The position of the wall and decals is the same as in the final released version. In the final version, textures and texture names have been changed to the developer images and names. 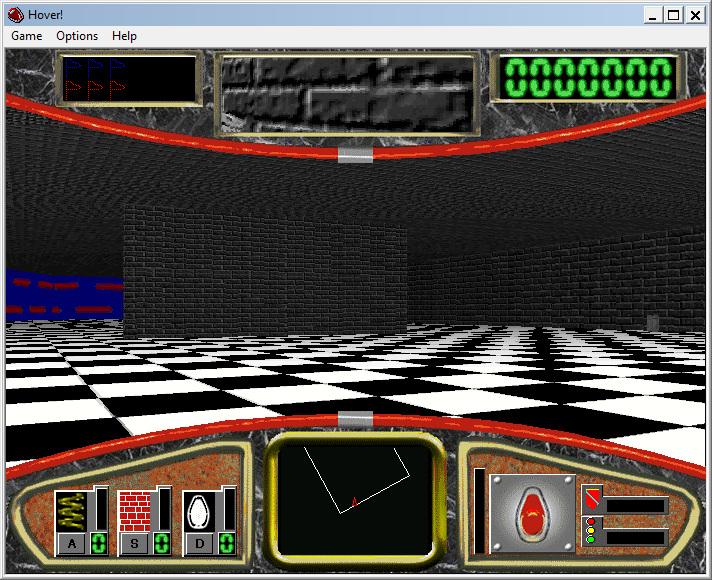 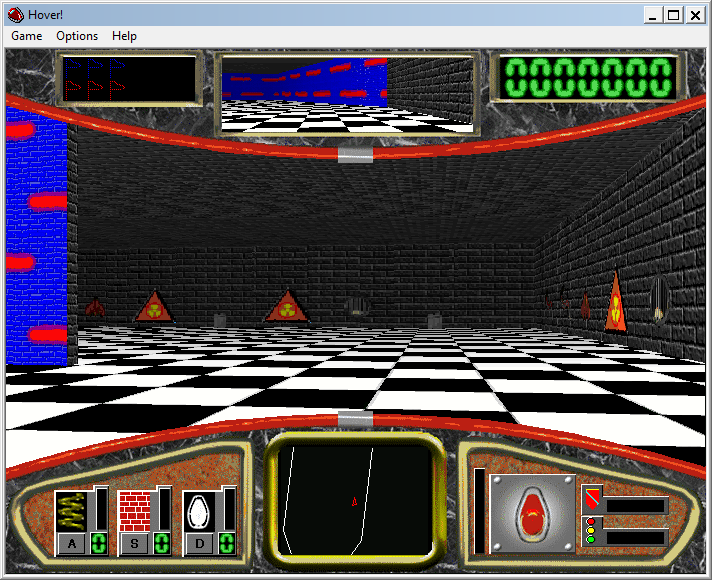 Extracting all the textures from small.tex shows some nice details. Four developer images are already added, but not used. Looks like the team tried some different versions to see what looks best. Due to copyright reasons, I will only show a screenshot of the extracted images. See DECAL_22 up to DECAL_25. 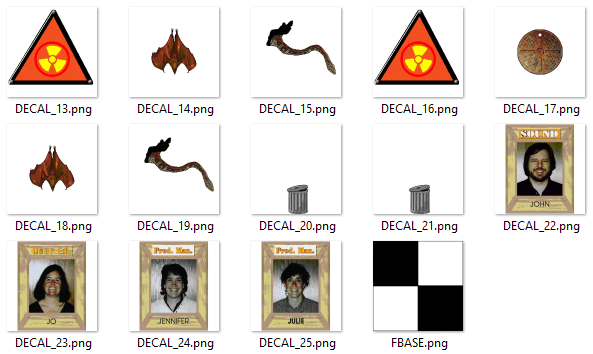